Agnosia - A Blot On The Landscape (Steel Gallery Records) 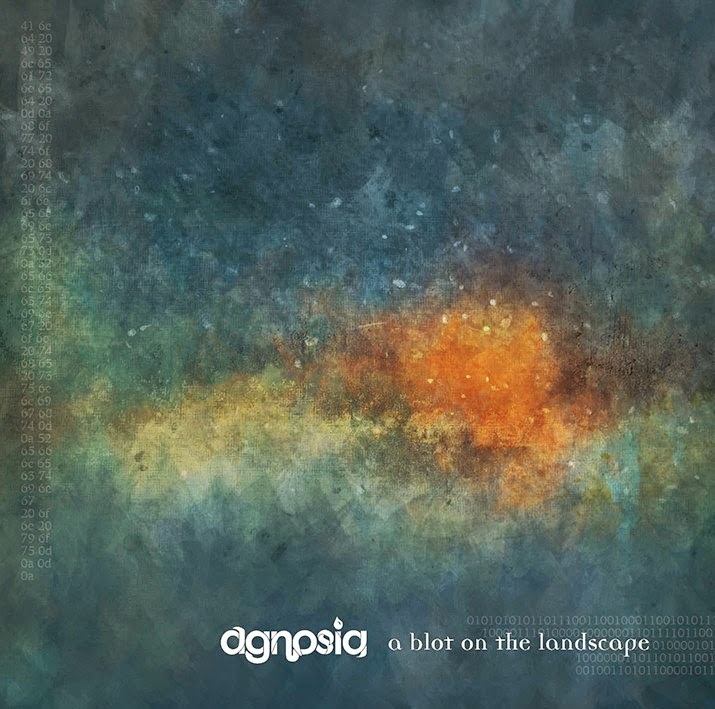 Prog Metallers Agnosia are back with their long awaited Mini CD entitled "A Blot On The Landscape". In my hands I got an advanced Promo of the final release that will be out December 15th on Steel Gallery Records, so I guess it is worth writing some words.

Six tracks in total length of 31 minutes is what you will find on this release. Five new compositions plus one remake of "Pain And Sickness" which was included in their "The Inner Conflict" debut demo.

"In Awareness" is the opening track. It is basically a piano based composition on a prog structure. Its melodic and emotional main piano theme will attract the listener. The lyrics in Greek are from a poem written by keyboardist Pantelis Kyramargios.

"Noetic Healing" is also the band's video for this release. Having in mind the sometimes complex and surrealistic Prog Metal that the band have released on their "Trace decay" debut, I was surprised enough to hear a Prog tune that simply stuck in my mind from the very first time I heard it. Inspired by fates warning "Parallels" era, in mid tempo, withe excellent guitar and keyboard themes and melodic vocal lines the track simply rocks. Wise selection for a video if you want my opinion.

"The Dyadic Encounter" is probably the darker composition of the album. I discovered some Dream Theater (Awake era) and some Pain Of Salvation (first two albums) features, especially in the song's first part but I can assure you that I discovered some of the dark Prog moments of While Heaven Wept as well. Without doubt an excellent composition.

"A Blessing In Disguise" is the best track of the release and probably the best composition that the band has released EVER. It has a light Prog / Power touch on the beginning, brilliant vocal melodies on the first verse -based on oriental scale- and a fantastic and enigmatic refrain. Moreover on the track you will be able to discover some fantastic Rush oriented Prog moments -right in the middle of the song- and lots of other features that made this song a masterpiece. What features? Some more excellent guitar themes played the Prog Metal way we love, and some magnificent lead parts. But I will not write more, you've got to listen to this.

"Numb" is a very emotional piano based ballad. It represents the vocal abilities of Takis Nikolakakis who really gives a great performance in this. Well it was about time for Takis to enter the studio with Agnosia and the material of this CD proves for one more time that he was simply the right choice.

"Pain And Sickness" is re-recorded and a new powerful version is represented here. It is surely the heaviest song included in here based on some great riffing however its adventurous structure will make you realize that this is another little Prog anthem (I really enjoy those "clever" breakings). Pay some extra attention to the magnificent guitar lead part. My favorite parts is the final -ala Memento Mori- riff but this is the useless info on this review ok.

The sure thing is that during the 31 minutes of this Mini CD you will find yourself enjoying some really inspired music that keeps the interest high and that during each and every new listening you will discover something new, that you probably have not noticed before. Well I think that this is the main point of a good Prog release isn't it?

The amazing production done by Kimon Zeliotis does justice to the album. The front cover (by Jen Anastas) fits very well with the general concept of the album and all in all this is a great Prog release NOT to be missed.