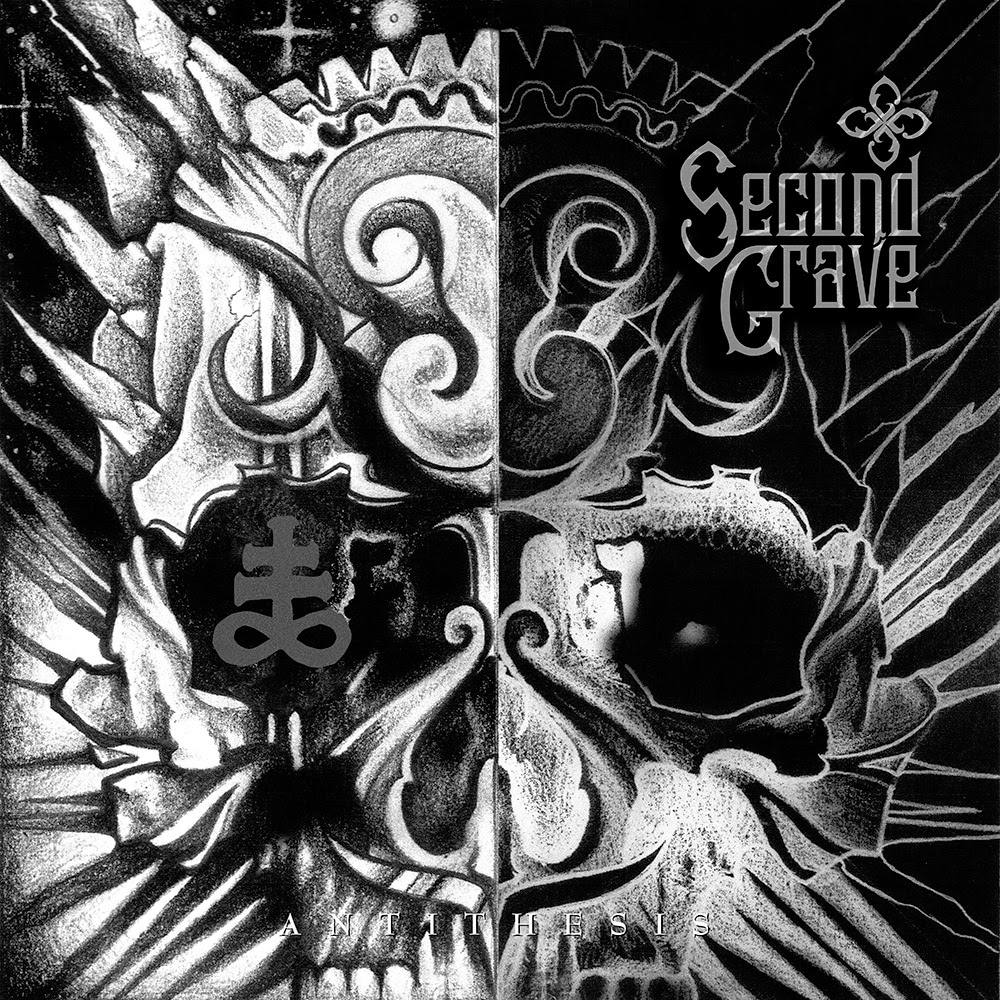 Bostonian Doom Metallers Second Grave have came to my attention lately and it is a fact that I have been listening to their "Antithesis" 10'' Mini LP on a non stop basis since the day I got it into my hands (thanks Theodosis). Actually this is the second release of the band as they have already released their self titled debut EP back on 2012. Musically the band delivers a very interesting mixture of Doom and Heavy Metal. This actual brand is getting more and more popular these days with the success of bands like Christian Mistress, Castle or Jex Thoth and their female fronted approach. The truth is that Second Grave deserves a slot on the list next to those -successful- bands Their music is heavy and inspired enough to catch your attention, a good start could be this release on Pariah Child (hail to my good friend Danny Angus who still bring some Doom to the masses out there).

Front woman Krista Van Guilder is the band's highlight IMO, her brilliant and characteristic voice and her heavy riffs are the noted trademarks of the sound someone can listen on Second Grave. Ok the band only formed back in 2012 but the lady is far to be mentioned as a newcomer. Van Guilder formed Warhorse back on 1996, but left the band shortly after. By the way you should check her amazing work on the band's debut "Warhorse" demo released back in 1997, which IMO was their best release. She was also in a short lived death metal band called “Obsidian Halo”. Back on Second Grave and musically speaking what really matters the most in here is her brilliant voice. Yes the riffing is good but her crystal clear voice and her great vocal melodies is what you probably grab the most from the band's music.

So what are we going to here on this "Antithesis" release? Well the first track “Mourning Light” is one of those tunes that would stick into your mind no matter what, built on mid tempo carrying a heavy meanwhile melodic vibe, the song is of course blessed by the riffs and the vocals of Van Guilder. It would bring into your mind bands like Christian Mistress ("Agony & Opium") with a little of Iron Maiden on the lead parts. Doom Metal vibe is here however it is expressed on a traditional Heavy Metal way that makes you want to hear the song... again. Come on you know the recipe, Castle have did it before. Second Grave are doing it better. Fantastic track. Hey let's not forget that I really enjoyed the lead parts on the middle of the song, they are carrying a heavy / jazzy mood, that attracted me a lot.

Off we go to the twelve minute long second track “Drink the Water”. Well it is a fact that the tempo is slower in here -although we got some fast breakings- and the atmosphere is even darker. I really enjoyed the lead vocal melodies in this one, yes as I already pointed there is some great work done on the vocal melodies -and this goes for both of the tracks included here-. The riffing is still strong and a melancholic vibe is laid around the composition. Some great lead guitar parts to be listened in here as well, pay attention. I guess that the heavier part of this song is the final part with the harsh vocals and the doomy riffing going on and on. This was quite an emphatic addition which I enjoyed (lets hope that they would keep such parts only for an emphatic use, otherwise they would slowly move to a different direction and with such a talented voice on their line up it would be a pity). Well it is a fact that with songs like this the band represents a huge piece of talent.

Second Grave delivers Doom Metal. If you are still waiting for any modern influences like folk “vintage” instrumentation or a fake-Satanic background, well you are looking on the wrong band. On the other hand there are influences from the Maryland scene (the EP was mastered by John Brenner of Revelation / Against Nature) and there's also this epic doom feel found in bands like Solitude Aeternus. I guess you are getting the point. I could bring to front some more band references to get you into the point. For example the British Doomsters Mourn or Ritual Of The Oak from Australia mainly thanks to the female vocals that offers a special vibe to the Doom Metal of those bands and the same goes for Second Grave.

So what are the first words that would come to my mind after hearing the name "Second Grave"? Riffs, atmosphere, great vocals and interesting lyrics. Well I guess they have it all. So you would better check them now.