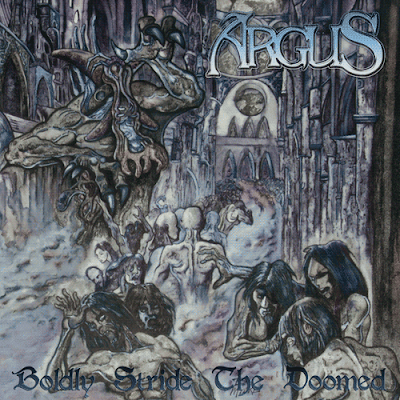 I still remember when I first heard the debut demo by this Pensylvania based Heavy / Doom Metal band. From the very first tune they carried a special vibe that really rolled me. I was sure that they wold get the attention they deserved -at least from the underground scene- and I was right. Their same titled 2009 debut on Shadow Kingdom have driven the band's music to the ears of more fans that still looking for some good Metal. Now they are making a step forward signing to Cruz Del Sur and releasing their second full length.
If you are already familiar with the band you will feel like home, as in the new album they combine the classic Heavy Metal with the Doom Metal in their own very special riff based way. Straight into the face compositions in faster -and mid to slower- tempos full of killer riffs that would stick you straight on the wall. If you would not listen this record loud, you would miss half of the point.

Yes I have been indeed stuck to the pounding riffing of "Durendal" and "Wolves Of Dusk", while "A Curse On The World" reminded me the first three albums of (The Lord Weird) Slough Feg, mainly in tis first part, and this let me realize that Slough Feg are a general big influence of this band, a small Black Sabbath touch is also given in the tune and this is a positive fact. I would go back to "42-7-29" to get some more atmosphere, doom and darkness. this piano haunts me.

I guess that Argus are in their most inspired period and this album is the big proof. Save some of your listening time both for the specific album and the band in general.
http://www.myspace.com/theargus